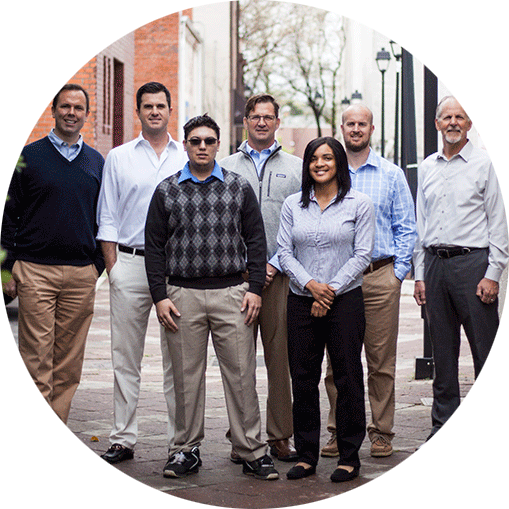 We provide student athlete development to college athletic departments, and we do this by developing comprehensive assessments and learning tools for on and off the field, with a focus on careers. We design courses for real life skills like setting goals, time management, resume writing and credit scores. These courses, combined with GPA, major, interests, and the perspectives of coaches, are all important pieces of information to an employer. By quantifying this information into metrics that can be used intelligently, we create a clean path for businesses to recruit student athletes and for the student to be recruited by the employer.

WHAT IS YOUR STARTUP STORY?

I am a former student athlete, and my dad was a coach. That played a big part in choosing to target student athletes, but having that history doesn’t take you all the way. There has to be a market opportunity. In 2014, I read that every day 10,000 baby boomers retire, and the workforce is shifting toward hiring these students. I knew that finding a better way to match students with employers had value for both parties, and pairing that with my background just made sense.

HOW DID YOU DECIDE TO QUIT YOUR DAY JOB?

I knew there would never be that great or perfect time but I tested the idea and validated that it would succeed, so there was never any concern for failure. My wife and I talked about it a lot, about how it would be hard for a few years, but honestly it is still hard seven years later.

WHAT HAS BEEN YOUR BIGGEST CHALLENGE?

Technology. We originally outsourced our system development and it is only designed to handle thirty schools or so. But, now we’re expecting dynamic growth and need a system that can handle thousands. I’m not a technologist by nature, so being able to recognize that and bring the talent in-house was the first challenge. The second was for our team to develop the platform for scale, which our third release is and then some.

WHERE DO YOU TURN FOR SUPPORT?

One another. Michigan State’s athletic department has a saying, “a Spartan’s true strength is the warrior next to him” and that’s really true here. What we’re doing has never existed before, so there’s no benchmark and that’s kind of cool, but we have to put up our own benchmarks.

AT WHAT POINT DID YOU GET IN TOUCH WITH THE SBTDC?

Early on. We were growing but weren’t sure what we were doing. We knew we needed money and we needed someone to go to and lay it out and say, “does this make sense?” The whole business was in Vin’s head and on paper, but the vision wasn’t communicated in a way to get investors. Our counselor took us through the business model and we worked with him to get access to funding. He was one really smart dude, and it didn’t cost anything.

HOW HAS THE SBTDC BEEN INVOLVED?

Raising capital has to be the most influential way the SBTDC has helped. Our counselor literally took us through the projections for five years and helped us get the rest of our paperwork in shape. With those in hand we’ve been able to win some local grants, which our counselor brought to the table. He also introduced us to IMAF and they’ve been our largest investor.

WOULD YOU SAY THE SBTDC HAS MADE A DIFFERENCE IN THE SUCCESS OF GAME THEORY GROUP?

I don’t think I can unwind where counseling ends and the business begins, we think of our counselor as part of us.

TELL US ABOUT THE GROWTH YOU’VE SEEN

2011-2014 has seen a 200 percent increase year-over-year. We’ve been able to hire eight full time employees plus several part time workers and will have somewhere between 25-30 interns work with us annually.

Just as kind of an example, we attended the SBTDC’s Investor Ready Entrepreneur seminar two years ago, and the next year Vin was the keynote speaker. It was pretty incredible going from attendee to keynote in only one year.

WHAT ABOUT THE FUTURE?

Our software platform, Game Plan, has existed in two separate buckets – College and Pro—but we’re bringing them into a single platform. We’re developing an entire library of different e-learning modules as well as various assessment instruments, including GTG’s own proprietary assessment that measures an athlete’s identity and their transition away from sport.

We are very excited about our most recent service offering which is employer sponsorships for athletic departments, which brings in revenue for the department while bringing in jobs and learning for their kids. From the point of efficiency, our hiring ratios reduce cost by 75% for the employer.

Click here to view the original article from SBTDC